The ​​board
Doing the background stuff so you can play daily! 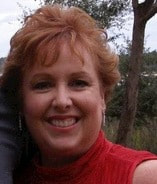 Registrar & Admin
Lisa Diedrick serves re:create as our administrative specialist, organizing and tracking our finances and databases and is the face of ARW as our registrar. She dabbles in numerous areas of ministry, including leading the occasional retreat or playology event and serving as the adjunct staff for two weeks of summer youth conferences at Montreat.  Her current passions include tennis, traveling and spending time with her five  grandchildren. 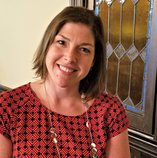 Events
Jen Evans is Director of Youth, Young Adults, and Young Families at Second Presbyterian Church in Little Rock, Arkansas. Jen and her husband Rich have two kids, Trey and William. She went to Elon University and Union Presbyterian seminary, where she earned her Master's degree in Christian Education and a Master's of Divinity.  Jen loves serving the greater Church and have served as a workshop leader, keynote speaker and manual writer, as well as recreation leader for Presbyterian Youth Triennium, Montreat Youth Conference.  In her free time she enjoys running, laughing, dancing and organizing with friends and family. 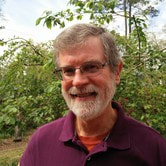 Chair
Deck Guess is a country preacher from Laurinburg, NC, where he serves as pastor to the saints of Old Laurel Hill Presbyterian Church. He loves hanging around his wife, Deb, and their four children, in hopes that some of their creativity will rub off on him. He also likes hanging out with their two dogs, whose fur never fails to rub off on him. ​ 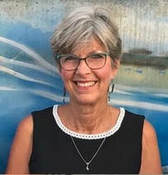 Funding
Leslie McCarthy is  a creative spirit with a sense of adventure and play thrown in the mix. A retired business owner, she is  now lucky enough to create, volunteer and have fun with like-hearted friends. Leslie would say that she's primarily a textile and fiber artist with a little wood and paint thrown in for good measure. She loves to design and create everything from jewelry and journals to totes and handbags, but her passion is designing fun and funky furniture that can found on her Instagram account FunkyFibersKY. She's willing to try anything once... well, almost anything 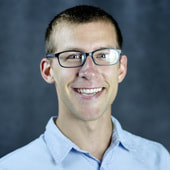 Marketing
Josh Richard  caught the Montreat bug as an awkward middle school handbell ringer at has been hooked ever since. He spent eight years in various capacities on Summer Staff and in the Marketing department at Montreat, and now spends his days as Communications Director at Myers Park Presbyterian Church in Charlotte.  Josh's list of personal heroes include his spouse Kaye, Mike Erdelyi, and Elon Musk (although his eccentricities are...). 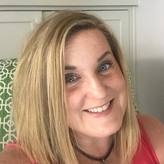 Networking
Ann Russ
Anne believes in the transformative power of story and loves to help people explore, craft and tell their own. She currently pastors online at doubtingbeliever.com and has recently relocated from Arkansas to New York City.  She is excited about connecting re:create with other organizations to form partnerships that share our common mission.

Vice-Chair
Kris (Bubba) Brammer
Bubba lives in Lincoln, Nebraska but grew up surrounded by the mountains of Roanoke, VA. Bubba has been in youth ministry for over 20 years serving churches in Hickory and Southern Pines, NC as well as his current call at First Presbyterian in Lincoln, NE. When not working, Bubba enjoys, golf and fly-fishing , but most of his time is spent with his amazing wife Kris Adler-Brammer and their four legged child/dog, Wrigley. 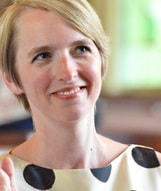 Montreat Liason
Carol Steele is Vice President for Program at Montreat Conference Center. As a preschooler she attended Family Conferences at Montreat, and later roller skated in Lingle Hall on the campus of the Presbyterian School of Christian Education in Richmond, VA. Later still she had epic homesickness at summer camp but finally decided that while she didn't enjoy attending camp, working there as a college student was quite nice. Now she's married to her fellow camp counselor Dwight Christenbury and they have two children who (they hope) are aspiring campers.

Finance
Bob Tuttle recently retired from 28 years of service at Montreat Conference Center as Vice President of the Center for Youth & Young Adult Ministry. He is currently chair of his presbytery Committee on Preparation for Ministry and is also a member of the Board for the Presbyterian Campus Ministry at Western Carolina University.